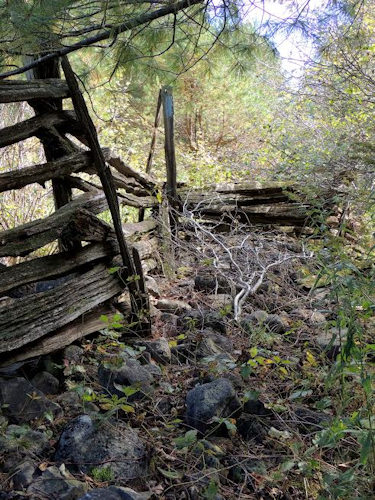 The Starkey property has been farmed, grazed, logged and managed for many years. The stone piles from cleared fields and split-rail fences along this section of the trail bear witness to man's utilization of the land. Split-rail fences, made of Eastern white cedar, once common throughout the region, use an interlocking, largely self-supporting design that reveals the ingenuity of early settlers. Starkey's fences were originally built to contain livestock. Possibly over a century old, they are proof of cedar's decay resistance.

There are different styles of split-rail fences, as the following link shows. Although the examples are from the U.S., similar patterns exist in Canada. https://en.wikipedia.org/wiki/Split-rail_fence