The summit: Our highest point

You are standing on the highest point in Puslinch Township (383 meters or 1250 feet above sea level). In 1911, a temporary 100-foot wood tower was erected here by the Geodetic Survey of Canada for triangulation surveying. Most of the surveying was done at night when lamps were placed in the tower and sighted from different ground locations. The information gathered formed the basis for topographic mapping. The tower was dismantled in 1920. Today, in its place is a bench in memory of Grace Starkey, wife of one of the former owners of this land. 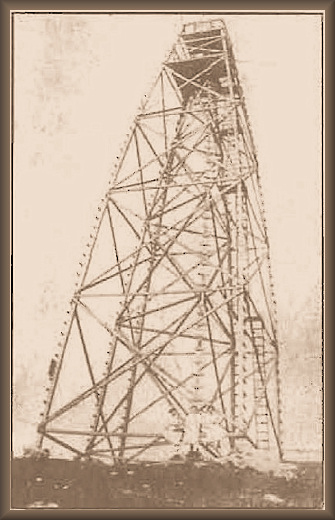 Looking westward, you have a view of the Eramosa Valley and the City of Guelph, with the University of Guelph in the foreground and the twin spires of Church of Our Lady in the background. This ridge is one of few places in the region that offers such an outlook. Unfortunately, the view is constantly being overgrown, requiring a "window" to be cut periodically in the trees. This trimming does not harm the health of Starkey's forests. 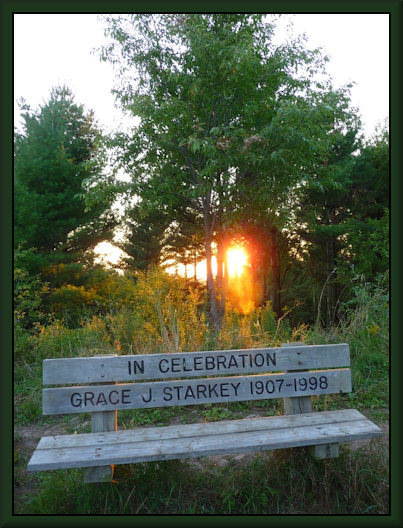